So we stayed there to live until we came here [to a housing project on Lexington Avenue]. In an attempt to corroborate my initial understanding, I asked Emiliana if it was better in New York at the time she arrived from Puerto Rico. She answered: No, because I liked it there. And all my family stayed there. Everybody there works with the government.

My children also studied here: one as a secretary, another as an accountant, another for trains. But the children that I raised [in addition to my biological children] did not want to study. They got married before their time. No matter where, because what you see here, is the same there, and over there, and over there.

In some places worse and in some places better, but it is almost always the same thing. But he does not want to go there. He is afraid of planes. I know that one day you die wherever you are. That is it.

We should be living there now, because there is where we lived. Emiliana [angry]: No, we would be dead here. He was crazy. Jovino [protesting]: You cannot compare the situation in Puerto Rico and here, Emiliana. When you have what you need. Emiliana [disagreeing]: You would not have died! There they operated people from the heart as well.

I had pneumonia there and I am still alive! Why did they come to El Barrio? What were they looking for? As they reminisce about their life course, these become major existential questions. Forgetting means losing more than memory. Everybody came looking for something, whether for themselves or for members of their network.

If life was not good in Puerto Rico, if something crucial was lacking in their region of origin, it was only natural to attempt to change life circumstances by searching elsewhere. That is what ambiente means—pursuing a better place than where one is at present. Second, informants also share the belief that the move was about social connections, rather than solely individuals, regardless of who actually initiated the move.

Ambiente takes on a meaning in becoming rather than in being. In searching for it, the individuals make of it whatever their present needs are. Ambiente, thus, is not a tangible good, but rather becomes transformed into a good during the search for the better, and thus embodies an existential problem of the human condition. 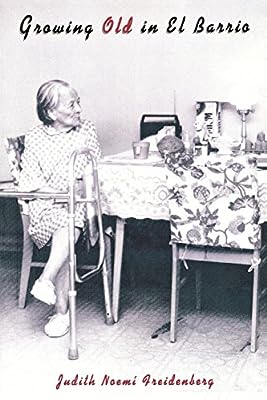 Searching for ambiente, then, needs to be understood as a social construct. Although migration became one among many economic strategies, in weaving their stories, the informants placed more emphasis on the social than on the economic side of the equation. Thus, buscando ambiente was a network, rather than an individual, strategy to cope with economic constraints.

There were different ways to do this. One strategy was for youngsters to leave on their own. Things were bad.


I came hidden in a ship. Some friends who were sailors took me out.

In two months I had a job. Here I came to live with an aunt in New York. She raised me. My parents died and I learned afterwards. This was the case for Matilde, who came to the United States in to get married: It was very hard [to make a living]. And I was the only one that could earn anything [for the household], since I was the oldest child.

I had two younger brothers. And I remember that I asked.

And from the little house of my parents, one day I spoke with God. At that time, I did not know who God was, nor did I know who Christ was, or anything. I was lucky to be in that house on the day when he had gone to take leave because he was going to the United States in two weeks.

So as soon as the lady of the house went to fix us coffee, as if he were a machine, he asked me in marriage. And, I would have never thought I would do this in my life! I accepted him! Then it was all automatic. He came. I did not see him again until two days before he left.

As soon as he arrived in the United States, his sister wanted to give me the ticket because she knew my family and he refused.